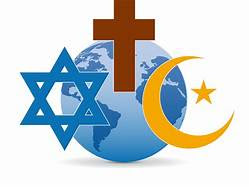 Islamic Iran, Judaism, and Christianity. In today's first reading from Isiah 45:1-6, we read that God chose the pagan King Cyrus of Persia (present day Iran) to be His instrument. After conquering Babylon (present day Iraq), he allowed the exiled and enslaved Jews there to return to their homeland (present day Israel). Thus the nation of Israel was restored and their rich culture preserved. Here we see the hand of God in changing history. This was a second exodus; the modern day exodus is the return of mostly displaced Jews of Europe in 1947, thus creating the present state of Israel.......the prophecised restoration of the Kingdom of Israel.

Thus both Judaism and Christianity should be grateful to King Cyrus, a forefather of the Iranian people. Without his intervention, the Jews may have been completely assimilated in Babylon, All the tribes of Israel except the tribe of Juda had already disappeared after being absorbed by other conquering nations through intermarriage. Imagine Christ having been born in Babylon (Iraq).

Imagine how much Christianity would have lost!  Christians believe that the New Testament is the fulfillment of the Old Testament which Jews today do not.......i.e., the promises made by God . The Bible consists of teachings, revelation, and salvation history. Most of that is the Old Testament.  Christ, Mary, Joseph, and the apostles were Jews. Many of Christian rituals, traditions, doctrines, and much of the Mass are rooted in or taken from the Old Testament, which the Jews use to this day. A Messianic Jew, Roy Schoeman is very correct in his book, “Salvation Is From the Jews”.  Thus Pope John II referred to the Jews as “our older brothers”.

According to tradition, at least one of the three Magi or three kings came from Persia (Iran). They recognized the meaning of the Star of Bethlehem and the greatness of Christ when he was still a baby.

Judaism, Christianity, and Islam are religions of the book and the only three monotheistic religions. That is, they believe in only one God, the creator of all things, omnipotent, and omniscient. He must be the same God even though the Muslims have a different concept of Him.  For example, Christians believe in the Trinity and a personal, providential God.

All three religions trace their history to the covenant God made with Abraham in the Old Testament. Jews and Muslims consider Abraham to be their blood father. Isaac's descendents were the Jews and Ismael's eventually became Muslims. Both groups are Semites. They all consider Abraham at least as a spiritual father. Our Bible and the Qur'an both have peaceful messages. Islam reveres Moses and acknowledges most of the Old Testament prophets as well as the story of Adam & Eve and Noah.

Islam and Christianity. Muslims believe in Christ as a prophet, not as God. Yet Mary is one of the most honored figures in Islam, considered by many as close to a perfect woman, as there could be, chaste & virtuous, devoid of almost all failings, the greatest woman of all time, and "Queen of the Saints". In fact the 19th chapter of the Qur'an is called “Maryam”. Some say that Mary is mentioned more in the Qur'an than in the New Testament of the Bible. No wonder that many Muslims even visit Marian shrines in the Middle East, such as Ephesus, Turkey and the women look upon her as a model. Islam even believes in the Annunciation and the virgin birth of Jesus, since they are in the Qur'an. Verses from the Qur'an relating to Mary are frequently inscribed on the mihrab of various mosques, including the Hagia Sophia in Istanbul, Turkey.  Thus Mary is very much a part of Islamic culture and religious tradition.
Intriguing is that the conquering Moors named a town in Portugal after Fatimah, the favorite daughter of Mohammed. Mary must have chosen the town of Fatima as the site of her six appearances to the three shepherd children for a reason.  Could it be that someday, Mary will be the path for Muslims to follow to her Son and the Church?  Perhaps Mary will be a link of reconciliation between militant Islam and Christianity, who have been fighting intermittently for over 1200 years. A few times militant Islam came close to overrunning Europe. The War on Terror is just another chapter in that thousand year old war.

With so much in common among Judaism, Christianity, and Islam......why can't we get along, dialogue, and have peace? Perhaps a great start for dialogue and negotiation would be what we have in common rather than what we differ on. Since all respect the will of God and believe in the importance and power of prayer, why not pray together before each dialogue or negotiation? 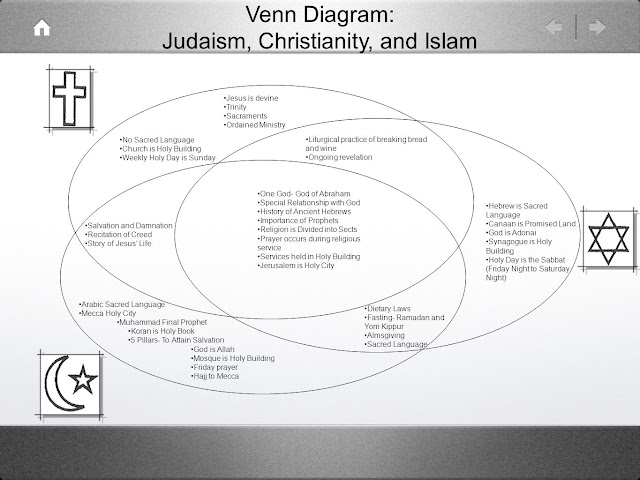 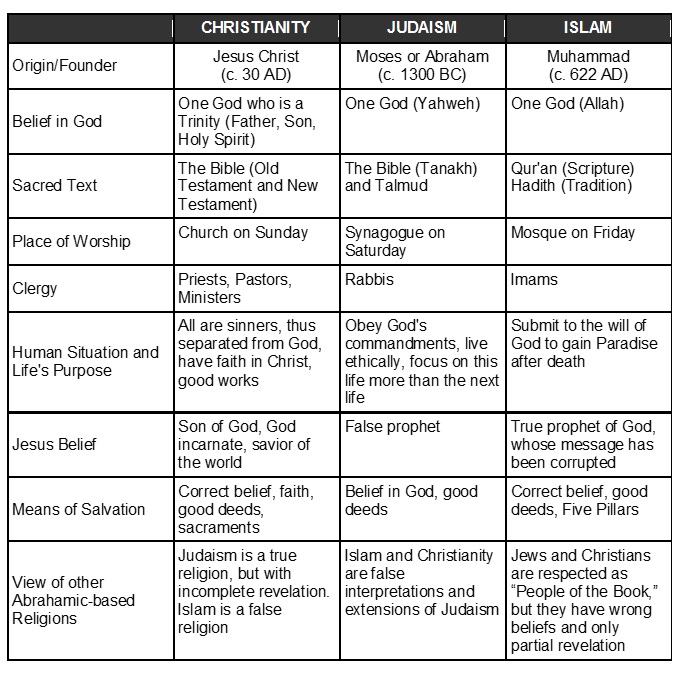 Posted by Paul Sebastian at 9:01 PM

Email ThisBlogThis!Share to TwitterShare to FacebookShare to Pinterest
Labels: Ecumenism