(111) A Challenge: Start a New Sexual Revolution on the College Campus 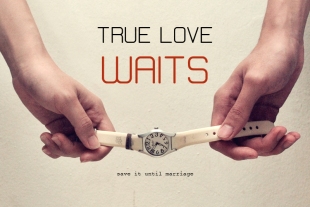 I would like to present to you a Catholic Christian perspective on human sexuality that may be new to some of you since much of it goes against today's secular culture.  No matter what your opinion is, every college graduate should be aware of the conflicting points of view in our society.

Sex as God intended is pure and beautiful!  The abuse of sex is evil.......and causes a host of other evils in our society and in our midst......too numerous to mention in the limited time I have here.

There is nothing more beautiful than on that wedding night, for the first time and always.......she exclusively for him and he exclusively for her.  But today with recreational sex so common in the college hook up culture, so often it's a matter of what else is new?  It's old stuff and the wedding is not as fulfilling.

The probability of a lasting marriage is much greater when the man and the woman go into it as virgins.  According to an article in the Wall Street Journal, divorce is over 50% more likely when the couple has cohabited before marriage.  Why?  Because as they state it, the couple goes into marriage with a renter's mentality.  Before marriage, the attitude is, “We can always break up”; there is no commitment.  After marriage that same mentality continues and divorce is the result when they hit the inevitable rough spots.

When a couple has sex for the first time on that wedding night, it's a new and shared experience, much more meaningful that seals the marital bond and strengthens it.

Theology of the Body. One of the major contributions of John Paul II was his introduction of the “Theology of the Body”, a restating of Church teaching on human sexuality in a more positive, vibrant, and beautiful way.  He affirmed that the sex act is a complete self-giving of the man to the woman and vice versa.  This makes marriage not 50-50, but 100-100......a complete commitment of love and service until death do they part, no matter how tough things get.  In the ideal, it’s dying to self.  This mutual self-giving and commitment, the marriage covenant are renewed each time the couple engages in the joy and pleasure of intimate marital relations.  To do that, to really mean it, and to put it into practice can only solidify a marriage and help it to weather any marital storm that may occur.

Through the sex act, husband and wife become one flesh, the most intimate union possible between a man and a woman.  This is the unitive aspect.  The product of that intimate union under God may be another human being with great dignity. By being open to children, even with natural family planning, the couple confides in the will of God and cooperates with Him in the possible creation of a real person with a tremendous dignity because that baby, born or unborn, is created according to the image and likeness of God with a special purpose in life and for eternity.  We call this participation with God in creating a human being as procreation.  Thus the gift of sex is sacred, not to be abused.......not to simply be used for fun, going from one partner to another.  That promiscuous mentality makes mutual self-giving a joke because it's a “what's in it for me?” attitude……in other words, old fashioned selfishness.    .

Recreational sex is a big lie, empty of meaning.  According to the Theology of the Body, recreational sex is using another person as an object for one's own selfish pleasure.  That is a gross violation of the dignity of the person.  Saying that young people are incapable of controlling themselves unwittingly puts them at the level of animals, who are guided by instinct rather than a rational free will.  Usually the single woman looks for love and commitment in sex; the single man looks for conquest and pleasure.  The guy gets what he wants and the woman is cheated by a smooth line, only getting a broken heart out of it.

Even if the couple is going steady and think they are committed and marriage seems to be not far off, I would strongly advise: WAIT!  You won't regret it.  Breakups are all too common and the bond is not as strong if they do get married.  If the couple has the self-discipline and mutual respect to be chaste before marriage, the probability of being faithful and committed after marriage is much greater.

Common is the guy who brags in the locker room about all of his conquests.  Interesting is that many if not most of them still have the ideal that they want the future mother of their children to be a virgin before marriage.  Be men and women of God; maintain the beautiful ideal of purity.  Your friends might make fun of you and you may not be popular, but they will respect you, especially the true man or true woman, the type that you would want to be your future spouse for good.

Believe me!  Wait until marriage and save yourself for the man or woman that is meant for you.  Don't give yourself to one person after another.  Even if you are not a virgin now, you can still become a secondary virgin by resolving to be chaste from now until marriage.  You won't regret it and you'll have a better marriage, a more satisfying and more fulfilling one when the right man or woman comes along.

The Challenge. Almost 50 years ago, our country went through a sexual revolution that created the mess we're in now.....rampant STDs in epidemic proportions with often permanent effects (35 different ones), unwed mothers, divorce (half of all marriages), about a million abortions per year.  I challenge you to be part of a new sexual revolution.......to put the gift of sex in its proper place as God intended.  Thank you.

*The Bible is explicit about sexual sin in Sodom and Gomorra in the Old Testament and in Corinthians in the New Testament.  According to the Bible, the people of Sodom and Gomorra “did what was right in their own minds”.  That of course is moral relativism that denies absolute truth.

*The Church has nothing against those with homosexual tendencies.  However, it cannot condone acting it out nor the lifestyle.  Homosexual sex is wrong and heterosexual sex outside of marriage is wrong.  Homosexual marriage is wrong because there is no complementarity.  It is unnatural and not intended by God.  The primary purpose is pleasure.  Yes, it is a sacrifice for a homosexual to remain celibate just as it is a sacrifice for a heterosexual religious or unmarried layperson to remain celibate.  But that is a path toward sanctity.

*I was in the Kroeger Supermarket this morning and stumbled upon US Weekly Magazine.  Its feature article caught my eye: “The Virgin Bachelor”.  It’s about Sean Lowe, the movie star, actually a born again Virgin, i.e., a secondary virgin.  A caption on the cover continues: “The girls are stunned to learn Sean’s saving himself for marriage.  Can his fiancé endure the wait?”  I ask: why not?  Then that marriage will be a lot more satisfying.  Sean Lowe has taken a giant step in the new sexual revolution.  Will you take the next step in the new sexual revolution?  Thank you.

Additional Comments to Use in the Discussion

The Consequences of the Abuses of Sex are many:

ñ  Sexually Transmitted Diseases - over 35 of them.  Condoms do not protect against many if not most STDs, including AIDS.  We have an epidemic of STDs.  One of them is said to cause cervical cancer.  Would you have so called “safe sex” with someone with AIDS?   Condoms do not provide safe sex, only safer sex.  According to J. Everett Coup, a former Surgeon General of the United States, said:  “They slip; they rip; they tear; and they have minute holes in them, large enough for the HIV virus to pass through.”  Isn't that playing Russian Roulette?

ñ  Unplanned Pregnancies - The failure rate of condoms is somewhere around 10% in preventing pregnancy.    Natural Family Planning, if done correctly, is as least as effective.  There's quality problems with condoms, especially if they are stored at high temperatures or deteriorate in some kid's wallet, waiting for his “opportunity”.  Google “the link between abortion and breast cancer” and “the link between the pill and breast cancer”.

ñ  Abortion – Over 50 million of them since the Roe v. Wade Supreme Court decision legalizing abortion.  There is considerable evidence that links the pill, an abortificent, with breast cancer.

ñ  Adultery & Higher Divorce Rates with the consequence of broken families.  Most marriages end up in divorce.

ñ    Guilt & Loss of Reputation as with fallen congressman.

ñ  Single Mothers Abandoned by the Fathers, who often must  take low paying jobs to support the child or children.

Posted by Paul Sebastian at 11:15 PM No comments: