At once (after being baptized) the Spirit drove Him out into the desert (south of Jerusalem near the Dead Sea), and He remained in the desert for forty days, tempted by Satan. He was among wild beasts, and the angels ministered to him (Mark 1:12-13).  Then he took him up and showed Him all the kingdoms of the world in a single instant.  The devil said to Him, "I shall give to you all this power and their glory; for it has been handed over to me, and I may give it to whomever I wish.  All this will be yours, if you worship me."  Jesus said to him in reply, "It is written: 'You shall worship the Lord, your God, and him alone shall you serve'" (Luke 4:5-8).  After John had been arrested, Jesus came to Galilee proclaiming the Gospel of God: "This is the time of fulfillment. The kingdom of God is at hand. Repent, and believe in the gospel" (Mark 1:12-15).

Christ spent a 40 day retreat, fasting in the desert and using His survival skills as a preparation for His great mission.……..to teach us how to live, to save us from our sins, and to establish His Church against which the gates of hell cannot prevail.  Our Confirmation students must also prepare for the great sacrament and for the special mission that God has for each one of them as soldiers of Christ.

We ourselves have the opportunity to use the 40 days of Lent to grow spiritually through additional prayer, fasting, and almsgiving in reparation, for the poor souls in Purgatory, and for the conversion of sinners as Our Lady of Fatima ardently requested.  Although fully divine yet fully human, Jesus was tempted as we are.  He prayed for help in resisting the temptations as we must do.  Jesus was tough physically, mentally, and spiritually, as we also should strive to be.

The Wedding at Cana. After His retreat in the desert our Lord returned to Galilee apparently to see His Mom in Nazareth.  Mother and son were invited to a big wedding in nearby Cana to share the joy of the newly weds.  Everybody had such a great time that they ran out of wine.  In her first public act of intercession Mary presented the problem to her son.  She confidently told the workers, “Do as He tells you”.  Mary tells us to do as her son tells each one of us every day.  We can see that Mary and our Lord also care about our mundane daily concerns and highly value the institution of marriage between one man and one woman with its solemn covenant (vows) of love and faithfulness until death do they part.

At the church in Cana Jaga and I got married all over again (actually a renewal of our wedding vows) as the priest who accompanied us blessed & laid hands on each of the 15 or so couples who responded with “I DO”.  Ever since St. Francis (1181-1226) tried to convert the radical Muslims who conquered the Holy Land, over 200 Franciscans from all over the world are the custodians of most of the holy places including the Cana church.  Priests don’t have to bring anything to say Mass; the Franciscans provide everything necessary for the Roman as well as the Eastern Rites.

Mt. Tabor and the Transfiguration.  Our Lord’s passion was only a few months away.  He tried to prepare the apostles for the shame of seeing their master crucified in such a degrading way.  Thus he took Peter, James, and John to climb a high mountain in Galilee north of Judea for a meeting with two great prophets of old.  We went up Mt. Tabor (see the photos below) in minibuses since our big comfortable bus would have a hard time making it up the narrow, steep, windy road to the top. It rises 1800 feet over the plain below.  There we met several Israelis who had an interest at least for the beautiful basilica and the magnificent view.  The very fertile farmland of Galilee below is the breadbasket of Israel.
And He was transfigured before them; His face shone like the sun and his clothes became white as light. And behold, Moses and Elijah appeared to them, conversing with Him.  Then Peter said to Jesus in reply, "Lord, it is good that we are here. If you wish, I will make three tents here, one for you, one for Moses, and one for Elijah."  While he was still speaking, behold, a bright cloud cast a shadow over them, then from the cloud came a voice that said, "This is my beloved Son, with whom I am well pleased; listen to Him."  When the disciples heard this, they fell prostrate and were very much afraid.  But Jesus came and touched them, saying, "Rise, and do not be afraid."  And when the disciples raised their eyes, they saw no one else but Jesus alone (Matthew 17:2-8).

May we also be transfigured some day!  The Transfiguration shows the unity between the Old Testament (Promise) and the New Testament (Fulfillment).  The Father reiterated what He said at the River Jordan in union with the Holy Spirit.  Indeed, Jesus Christ is the Son of God as He said.  But the Jewish authorities considered that as blasphemy and crucified Him.

See Blog #73 Meditations For the Rosary II: The 2nd and 4th Luminous Mysteries, the Wedding at Cana and the Transfiguration.
http://paulrsebastianphd.blogspot.com/2012/03/73-meditations-of-rosary-ii-luminous.html 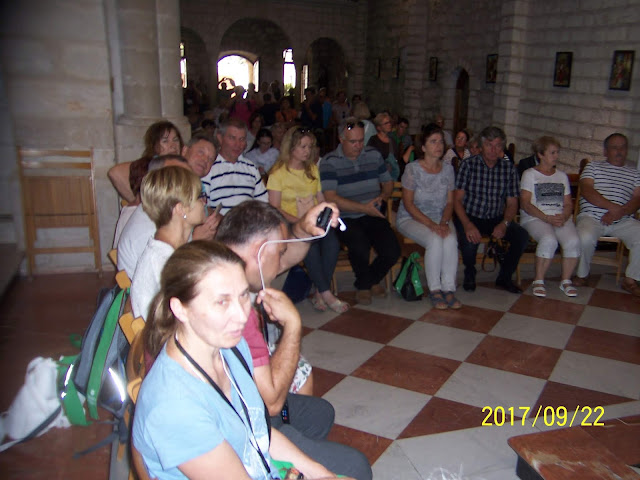 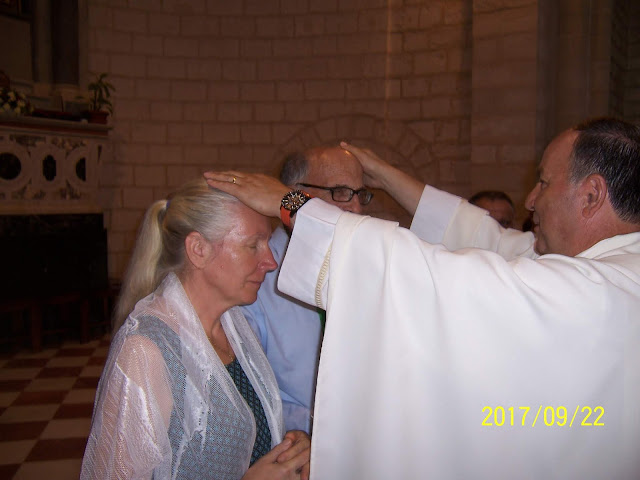 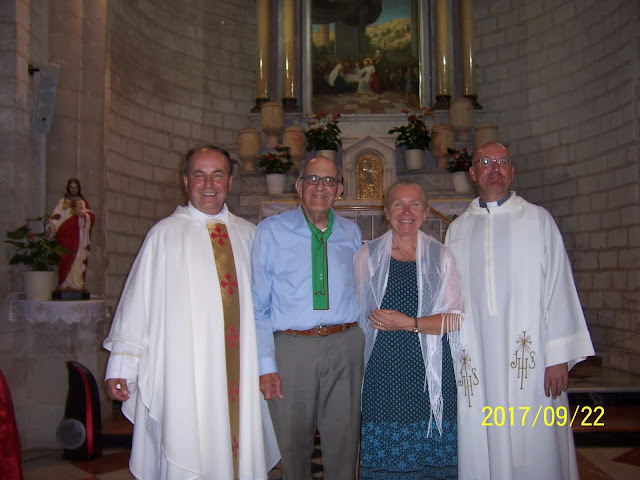 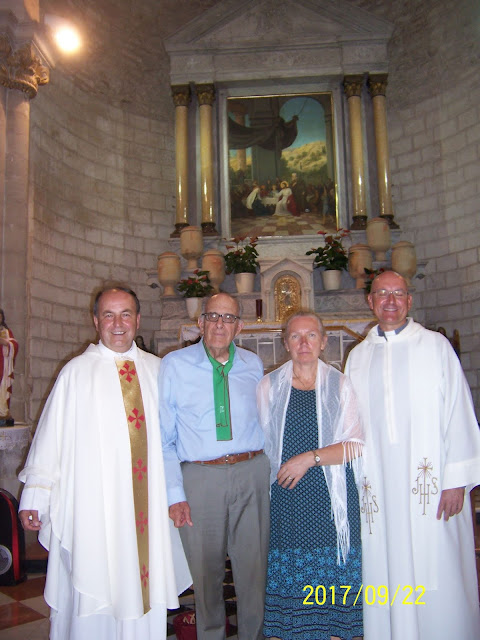 Posted by Paul Sebastian at 7:17 PM No comments: