(128) Liver Transplant Update: So Far So Good and Back Home for the Hog Roast Benefit 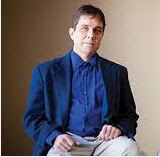 http://mydailytribune.com/news/news/2759277/Liver-transplant-update:-So-far-so-good
Last month on October 8 Michael Stapleton gave 60% of his liver to his cousin, Keith Davison……a beautiful demonstration of selfless generosity so that another may live.  So far everything is going much better than expected……an awesome answer to prayers.  Mike and Keith have been home since October 23 which was much sooner than expected for the liver recipient.  However, Keith must return to Pittsburgh for checkups every few weeks.  Friends and family say he looks great; the yellowness has disappeared from his skin and eyes as any remaining pain is less and less.  Both continue to improve and do very well although they still tire easily and are a little weak.

This Saturday will serve as part fundraiser and part celebration as the families and friends of the two men hold a hog roast in their honor from 12 pm to 8 pm at the St. Louis Church Parish Hall in Gallipolis.

According to his wife Rene on November 6, “Keith’s levels (creatin, bilirubin, anti-rejection level, etc.) are almost normal!   The doctors are super pleased with how well he is recovering.   Both are doing really well.  Thank you all so much for the support and hope to see you at the hog roast!”

It will be about five more months before Davison is almost 100% and can go back to work and about two more months for Stapleton.  Keith’s going outside of the home is very limited because crowds pose a risk of disease while his immune system is temporarily suppressed while Michael has no such constraints.  If all goes well, in about two more months both livers (Michael’s remaining one and Keith’s transplanted one) will grow to almost full normal size, although with only one lobe.

The St. Louis Church community is looking forward to seeing Keith as usher again; the last time he served as usher was only three days before the transplant.  Despite the handicap of his medical condition and the time spent on medical treatment, Davison still helped out wherever he could.  Keith is productively moving forward with his plans for constructing a parish website during the six months of semi-quarantined recovery.

Backtracking to 8:15 am on Tuesday, October 8, Michael Stapleton was first up since the doctors wanted to first be sure that the transplant would work.  They took out his gall bladder and cut out 60% of his young healthy liver.  Keith Davison went into the operating room at about 10 am, yellow in face and eyes.  After making the incision, the medical team found a black crusty liver that was functioning at about 5 % of normal.  The doctors said that it would not have lasted much longer.  At this time next year Keith would have been gone.

Mike was out of surgery at 3 pm and came to at about 4 pm, sore and thirsty.  His first words were a triumphant “Mission Accomplished”.  Thank you Mike; you are a tremendous witness of Christian self-giving.  Finally at 8:30 pm Keith was out of surgery and his wife Renee exclaimed:  “Thank God for Mike”.  His loved ones saw Keith a half hour later, still sedated.

By 9:40 am the next day Keith was off of sedation and the breathing tube, not complaining of pain.  Mike was talking well and texting.  By 9 pm Keith’s pulmonary heart catheter was taken out.  Mike was off oxygen and out of Intensive Care into a room, from where he took a walk to visit a very tired Keith, sitting in a chair for a while.  His new liver was working well and his blood levels were good, although he needed medication for high blood pressure.  On Thursday Keith was still very tired and sore, but a little more talkative.

By Friday, Keith’s eyes were starting to turn white again!   He had the catheter and tube from his stomach removed.  Renee reiterated her appreciation for all of those prayers that have been answered.  Although not out of the woods yet, he was out of ICU, sooner than expected!  On Saturday afternoon Keith with his cart of tubes visited Mike and they took a walk together.  On Sunday Mike had his IV tube (intravenous feeding) removed and both were out of bed most of the day.  On Monday the doctors were impressed by how well both are doing.  Both were eating solid foods.

Tuesday exactly one week after the Surgery.  Mike was out of the hospital and into an apartment nearby in case of complications.  The next day Keith walked up and down 6 flights of stairs to get himself back into shape….. very tired but in super spirits.  The doctors were shocked!  Give credit to prayers, docs!

The family asks the community to keep their prayers coming and DON’T FORGET THE HOG ROAST BENEFIT THIS SATURDAY NOVEMBER 16 from 12 pm to 8 pm at the St. Louis Church Parish Hall and the website, helpHOPElive.org.  The expenses are huge and mounting.  Keith especially and Michael too still have a long way to go to complete recovery and a lot of things can still go wrong……infection, rejection, disease, etc.  Keith will be taking anti-rejection medication for the rest of his life.


The website www.helpHOPElive.org helps people like Keith and is accepting tax deductible donations for him.  In the upper right corner one can type in “Keith Davison” and click on “Liver Transplant” for access to photos, updated news on Keith and Michael, fund raising events, and an opportunity to donate for them.  HelpHOPElive has the top Four Star Charity Navigator rating close to the perfect score of 70.  It rates every charitable organization (1.6 million non-profits) registered with the IRS based on the efficient use of every dollar donated, accountability, transparency, etc. and gives financial data.  See charitynavigator.org.

I wonder if low risk long term prison inmates could be asked to volunteer as living donors, thus making their prison time very productive and proving that they are good candidates for early parole.  You don’t have to be a living donor but may do so at death by having your driver’s licensed stamped with “Organ Donor”.

This is all Christianity at its best…….a community of believers voluntarily sharing its resources and praying as the Lord, the great healer, works through doctors and nurses as His instruments.  May all health professionals follow in the footsteps of the Great Healer.

A lot of good has come through all of this.  Beautiful is the way the parish has pulled together in the hog roast.......giving their time, talent, and treasure.

Keith, your ordeal has given strength and hope to many with liver disease and has made the public more aware of liver transplants.  You have many fans in the parish and community pulling for you after hearing about you and Michael and/or reading the Gallipolis Daily Tribune, the Sunday Times Sentinel, and the Gallia Hometown Herald.   Admirable is the way you have confronted this life threatening ailment with courage and faith.

Michael you have given a tremendous Christian witness of generous self-giving in  helping your fellow man.  That's what Christianity is all about.  That's putting your faith into action.  This is much more manly than lifting 300 pounds.  All of this has shown how special a person you are.  Continue to touch people throughout your life.  May God bless the both of your abundantly.

Posted by Paul Sebastian at 6:47 PM