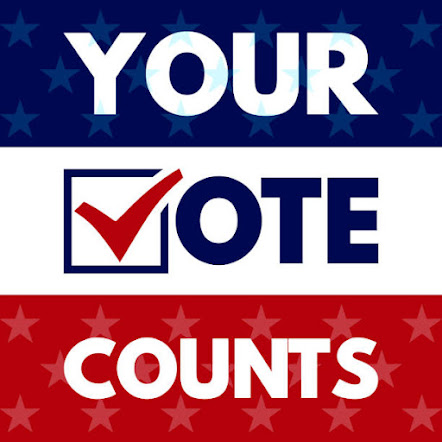 Half of American voters are jubilant and the other half are angry, gloomy, and despondent.  That shows a country deeply divided between liberals and conservatives; secularists and deeply committed believers; the haves and the have-nots; pro-life and pro-choice; whites and minorities; older women vs younger women & feminists; pro=gun vs restricted guns; etc.
This division was evident in Ohio, which Obama won with a bare majority of 50.1% to 48.2% for Romney.  However, this division was not as marked in our own rural Ohio Valley Publishing area.  Romney had 62% of the vote in Gallia County, 60% in Meigs, and 60% in Mason County, WV.  Voter turnout was 56% in Gallia, 61% in Meigs, 68% in Ohio, and 57.5% nationwide, indicating that locally Gallia was below average in voter interest.

Our Country is headed towards a fiscal cliff with unsustainable budget deficits and debt which has increased more than a trillion dollars ($1000 billion) per year or 51% in the last four years from $10.7 trillion to $16.2 trillion or about $150,000 per family.    Under George W. Bush, it increased 88% from $5.7 trillion in his eight years.  So both parties are at fault.  This year’s budget deficit is about $1.1 trillion (1/3 of the total budget of $3.5 trillion which is a very high 22.4% of GDP (gross domestic product = total national income of $15.6 trillion).  The interest alone on the federal debt is $258 billion per year, making up 10.8% of federal revenues.  It will be much higher once interest rates go up again.  We owe 2/3 of the debt to American holders of treasury securities and 1/3 of it or $5.4 trillion to foreign creditors, especially Communist China ($1.2 trillion = 7.1%), Japan ($1.1 trillion = 6.8%), and the oil exporting countries ($262 billion = 1.6%).   Once Obamacare kicks in, the problem will magnify.  The Administration really doesn't know how the Country will pay for it.

At this rate we are headed toward financial collapse which means runaway inflation and a worthless dollar that will be brutal toward everyone with savings, and fixed income through pensions and annuities.  To stabilize our economy severe austerity measures will be necessary, leading to much higher taxes, much lower entitlements for the poor, low investment, business bankruptcies, and a deep recession if not a depression with massive unemployment and perhaps social chaos.  (www.debtclock.org, http://www.skymachines.com/US-National-Debt-Per-Capita-Percent-of-GDP-and-by-Presidental-Term.htm, http://www.guardian.co.uk/news/datablog/2011/jul/15/us-debt-how-big-who-owns

There’s no way that the people of the United States will ever able to pay back the debt.  It’s a huge task in our entitlement society to balance the budget, let alone have money left over to pay off the debt.  To prevent our country from going over the precipice, the victors and the vanquished in this election must reach out to each other, compromise, and work together for the common good.  If the ship of state sinks, Democrats and Republicans, all of us will go down with it.

Having lived in France for 30 months as a Mormon missionary and being fluent in French, Mit Romney has a feel for foreign cultures and international diplomacy.  He simultaneously obtained a Law degree and a Master in Business Administration at Harvard.  Being a conservative, an extremely successful businessman, consultant, and manager with a brilliant record of turning around failing enterprises (CEO of Bain & Co., Bain Capital, the Salt Lake Organizing Committee for the Olympic & Paralympic Winter Games of 2002, and Governor of Massachusetts), Romney would have done better as the President/CEO of the United States Government to stabilize the economy and balance the budget (he appointed proven managers and transformed a huge deficit in Massachusetts to a surplus).  See http://en.wikipedia.org/wiki/Mitt_Romney.  By stressing these credentials, he could have won the election.  True, super storm Sandy halted the momentum Romney built up during the debates.  He was actually ahead when the storm hit.  Obama had a chance to be very presidential with even the Republican Governor Christie of New Jersey praising him in fairness.
Dependency Upon Big Government……jobs, Medicare, Social Security, welfare, loans, grants, entitlements, etc.  I'm not a fan of Rush Limbaugh, but to illustrate his point, he facetiously said:  "You can't beat Santa Claus".  Obama was for entitlements and big government programs to help the poor.  Joe Biden claimed in an ad that “Obama is his brother’s keeper”.  Romney also desires to help the poor, but with a greater emphasis with more incentives for the private sector.  He himself gives 20% of his income to his church and charity.
The better route is to create opportunity through a good business climate that favors investment and entrepreneurship.  That’s where the jobs are.   We must help the poor to help themselves, i.e., to raise themselves up through education and hard work; not create an entitlement society that creates dependency and destroys incentives, initiative, human dignity, and self-confidence.   This mentality of depending upon Big Government to help the poor and solve our social problems while demanding lower taxes will eventually lead to a financial collapse which already is threatening some European countries.   Individual citizens must volunteer, giving their time, talent, and treasure for the good of the community.  We should depend much more on individuals, community organizations, faith based groups, and socially responsible businesses.

The greater the people’s dependency upon Big Government and the more centralized it becomes, the greater the chance of tyranny.  A case in point is the imposition by the Obama Administration on Catholic institutions and Catholic business owners, forcing them to provide health insurance covering birth control, aborifacients and sterilization which is contrary to Church teaching.   Our country has thrived for over 200 years on a limited federal government with much if not most of the power resting at the lower levels……state and local governments, churches, individuals, and businesses willing to give something back to the community rather than irresponsibly shoving our individual responsibilities upon Big Government.

Second Guessing the Campaign.  Romney could have been bolder and pushed the Religious Liberty issue regarding the HHS Mandate more because it is so basic to our Country, but the liberals were painting that as a War on Women.  So he got timid on Religious Liberty and Pro-Life issues.  They painted Romney as for the rich, a vulture capitalist intent on letting GM go out of business and portrayed Obama as the savior of the auto industry even though Bush initiated the bailout and Romney advocated Chapter 11 bankruptcy which keeps the creditors away and forces the company under the supervision of a judge to clean house, drop unprofitable businesses, and reorganize.  Then he would give GM help.  The Democrats were good at old fashioned demagoguery (the Republicans weren’t bad at it either) reminiscent of Huey Long of Louisiana in the 1930s......one of the shortcomings of Democracy, but there's nothing better in the long run as Winston Churchill noted.  The benevolent monarchy of King Solomon was great for Israel, but even he started to abuse his power and drifted away from God.  Some of his successors led Israel to ruin with their corruption and their idol

There was no Catholic vote since they voted much the same as the rest of the population (50%-48%).  However, 59% of practicing Catholics voted for Romney and non-practicing Catholics who attend Mass a couple of times a year gave Obama 60% of their vote.  The Bishops have little or no influence on them and are opposed by such groups as “Catholics for Obama” and “Catholic Democrats”.  Evangelicals were solid for Romney with 78%. Jews favored Obama 69%-30%.  See http://www.reuters.com/article/2012/11/08/us-usa-campaign-religion-idUSBRE8A71M420121108.

Obama raised $934 million and Romney $882 million.  He seemed to have a better campaign and knows how to reach the common people and speak their language.  A former community organizer, he communicates well on the stump.  Romney did not articulate well the debt crisis & its consequences, religious liberty, the pro-life position, etc.  My family received tons of Republican literature that simply said the same thing over and over.  The Democrats didn’t send us anything.  Obama won because of Blacks with 93% of the vote, Latinos with 71% for him, youth (60%), young women, blue collar workers especially unionized, low income people, and those on welfare.  Conservatives have to reach out, educate them, and bring them into the Republican Party.  See http://elections.nytimes.com/2012/results/president/exit-polls.
Romney should have supported Bush’s immigration policy of an easy path to citizenship for illegals after being model citizens and contributors to the Economy for so many years as well as their children born here.  Almost every Latino knows an illegal relative, friend, or acquaintance.   Bush with some knowledge of Spanish had 35% of the Latino vote which was enough to elect him twice.  Romney would probably have won the election with Marco Rubio, the Cuban American senator from Florida and a rising star in the Republican Party, as the candidate for Vice President.  See http://nation.foxnews.com/2012-presidential-election/2012/11/07/fox-exit-poll-summary-2012-presidential-election.

Cooperation.  I'm afraid that Obama will run our Country into the ground and a Conservative President in 2016 will have to pick up the pieces and reconstruct.  To prevent that everyone, conservatives and liberals, must work together wherever possible for the good of the Country.  As they should, liberals really care about the poor, but they expect Big Government to do it all.  Responsible conservatives care about the poor but through the churches & faith based charities, community organizations, state & local governments, individual and business social responsibility.  Pray for the good of the Country that my fears are not realized.  We must right the ship of state before it goes over the falls.  He won; we lost, but we can help him to become a successful president for the common good of the country.  It’s not important who gets the credit.
Posted by Paul Sebastian at 11:54 PM