(68) Eulogy and Obituary for Ruth M. Vanco - Her Secret For Longevity

As a Eucharistic Minister, I bring Holy Communion to the sick and the shut-ins.  After a while, I get attached to them and get to know them.  Over time they minister to me.......teach and even inspiring me.  Thus I would like to not only honor Ruth Vanco, but also share some of the things she can teach us.  Being calm and unflappable may have been her secret for longevity. 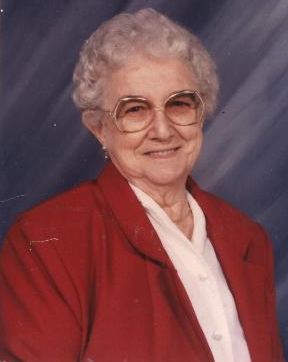 As an Extraordinary Eucharistic Minister, I had the opportunity to know Ruth Vanco in the last three years of her life. It was an awesome privilege to bring Christ Himself and His love to her in Holy Communion, to pray with her, and to help her in a little way for her encounter with the Lord in eternity.

She seemed to be doing so well, like an Energizer Battery that kept going and going and going. She seemed to be a cinch to reach the century mark. At age 95 Ruth was the oldest person in our parish. Then about three weeks ago she contracted pneumonia and went so quickly, suffering intensely during that time.

I was supposed to minister to Ruth, but Ruth also ministered to me. She seemed to be happy in her twilight years. I was very impressed by her serenity and a certain beauty in her face, even when she had that fatal bout with pneumonia. She always seemed to be so patient and tranquil about life, never complaining about anything. Nothing seemed to phase her. Ruth had a peace about her and was resigned to the will of God. She said very little, but her beautiful personality spoke for her

She was able to be independent at her advanced age and live alone until she became sick. Ruth never seemed to feel lonely, always reading and receiving the visits of her beautiful extended family. She was so proud of them........children, grandchildren, and great-grandchildren. I would bring her up to date on how her grandson, Mike was so valuable in the Right to Life movement and how her great-granddaughters, Danielle and Shelby Merry were pillars of our Catholic Newman Club of the University of Rio Grande. Jan was ever so faithful in constantly checking on and helping her mother every day, living just a stone's throw away.

Ruth was always so kind, calm, and peaceful. She had a quiet faith in God, resigned to His will. Ruth was faithful to Christ and His Church. She was ready to meet her creator. May we do as well.

I knew Ruth had aches and pains, but she never told me. I shared with Ruth the fact that suffering can be very valuable, meaningful, and fruitful. If accepted in faith, suffering can be a wonderful preparation for eternity. Every saint suffered and even prayed to have more. Many times I would say, “Ruth, you can reap great fruits with your prayers and by offering your crosses to the Lord as a dynamic prayer for your loved ones, for the Church, and for our Country. God knows how much our country needs prayers. In that way you can be most valuable.” Indeed she was!

I went to the Nursing Home to bring Ruth Communion a couple of weeks ago. I couldn't wake her up. All I could do was give her a kiss. I expected to come back again, but she died before I could. Ruth was ready and will be praying for us. Thank-you, Ruth, for your example and for what you taught us. Good-by until we see each other again in eternity. 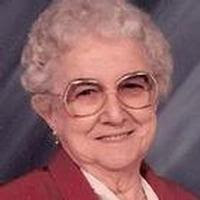 Ruth M. Vanco, age 95, of Thurman, died Tuesday morning January 24, 2012 at Holzer Medical Center. Born November 7, 1916 in Sunbury, Ohio. She was the daughter of the late Eugene Mills Blazer and Retha Virgie Lloyd Blazer. In addition to her parents, she was preceded by her husband, Joseph Charles Vanco Sr. who she married on September 27, 1939, by 3 brothers, Lloyd, Thomas, and Paul Blazer, by 1 grandchild, and by 1 son in law, Charlie Russell.

Ruth was a homemaker and a member of St. Louis Catholic Church.

Mass of Christian Burial will be 10:00 AM. Friday January 27, 2012 at St. Louis Catholic Church with Father Thomas Hamm officiating. Burial will follow in St. Louis Catholic Cemetery. Friends may call at the funeral home on Thursday from 4-7 PM. with a prayer service and rosary at 7:00 PM.
Pallbearers will be: Eric Russell, Bob Merry, Tim Merry, Marc Vanco, Chad Vanco, Joey Vanco, Gene Vanco, and Dave Vanco.

In lieu of flowers, contributions can be made to the St. Louis Catholic Church debt fund, 85 State St. Gallipolis, Ohio 456531.

An online guest registry is available at waugh-halley-wood.com.

Posted by Paul Sebastian at 3:54 PM

Email ThisBlogThis!Share to TwitterShare to FacebookShare to Pinterest
Labels: The Faith